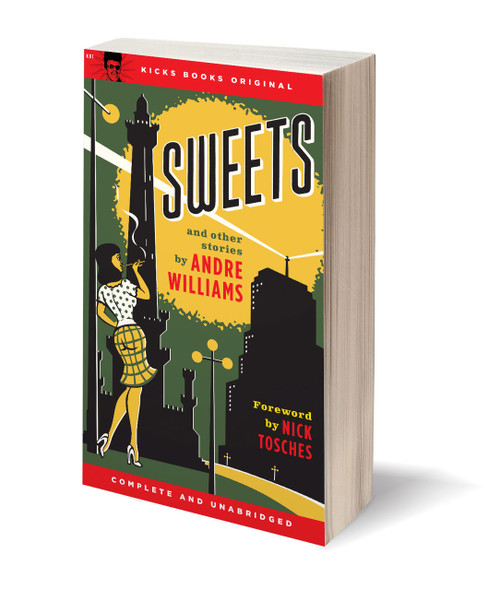 KB1 SWEETS BY ANDRE WILLIAMS The first fiction effort from Andre Williams! Sweets is a narrative which takes you for a wild ride from Chicago to Houston, New Orleans, and New York City, as a teenage girl finds herself in a family way, without a family. Forced to fend for herself, she is taken under the wing of a local pimp who entices her into prostitution. The adventures that follow are a free-for-all foray through the fantastic world of pimps and their women, funeral directors, gangs and drug running, with sidebar anecdotes that are guaranteed to appall, alarm and astonish. Extreme entries remain unedited, and none of Williams' raw drawl storytelling style has been tampered with in this standout fiction debut.

We also have  limited autographed copies! 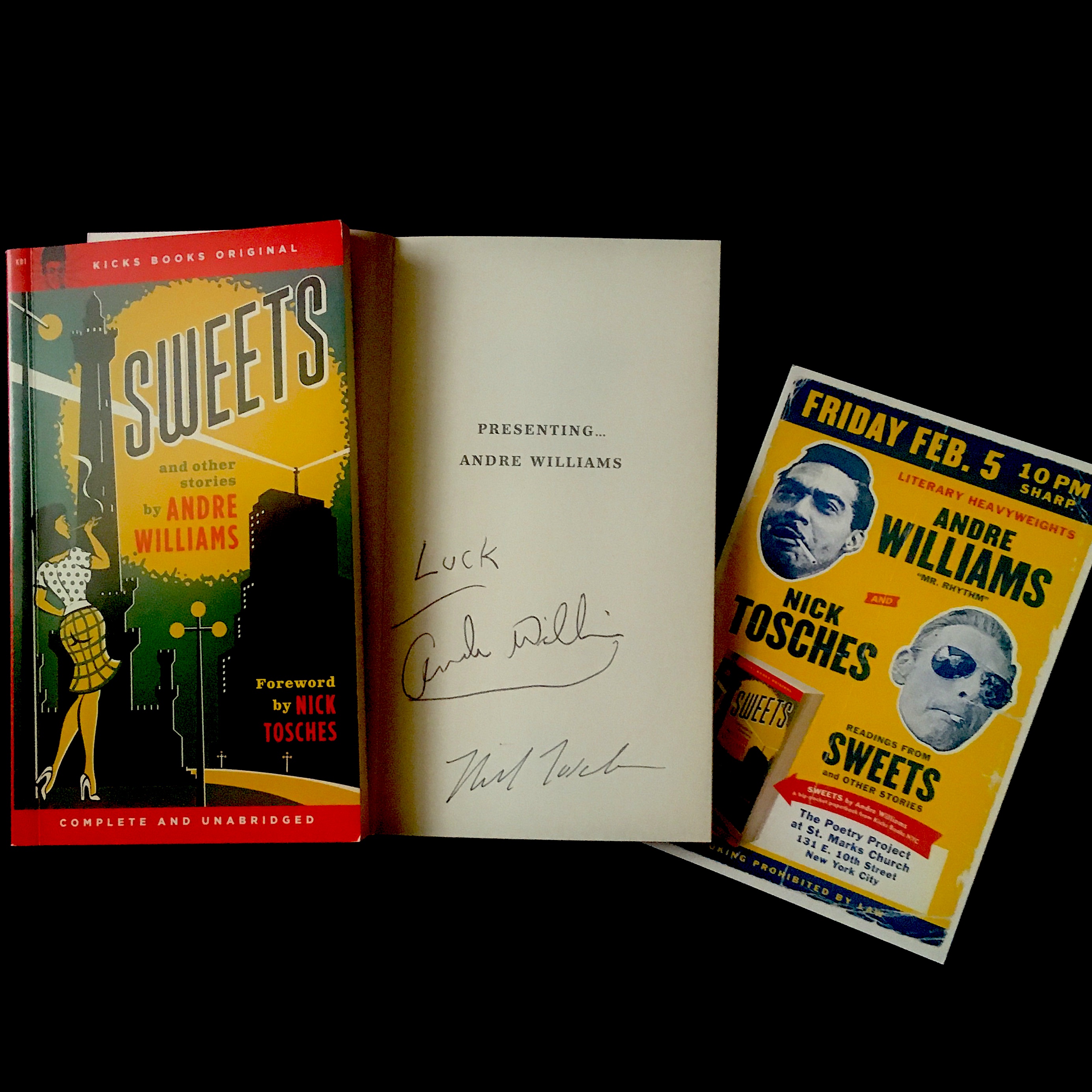