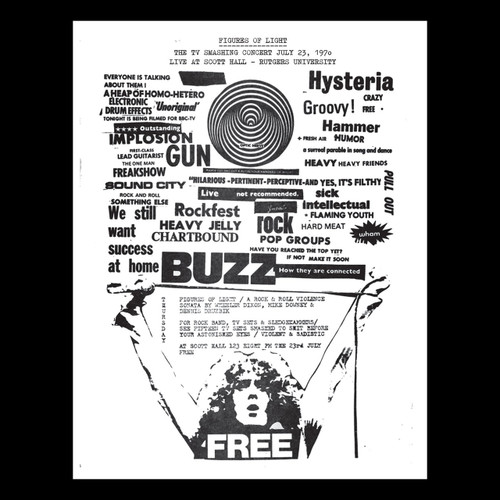 (FOL-1970) Legendary first ever show by proto-punk heathens Figures Of Light recorded live at Rutgers University in 1970 as it happened -- witness fifteen television sets and two Troggs songs getting destroyed onstage! This historic document (be aware that the vocals are buried in the original mix) is not sold in stores and is only available through the Norton website! Super limited – 300 colored vinyl copies pressed! Not sold in stores!