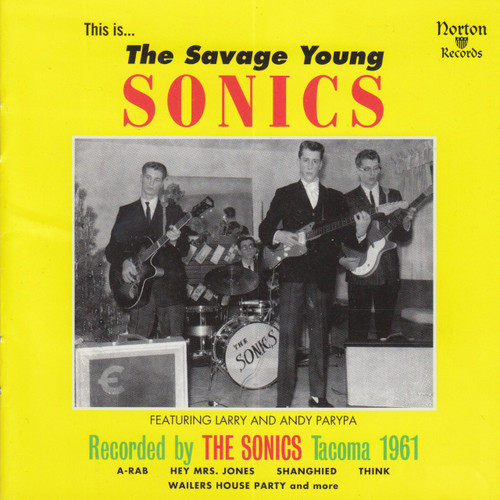 (NW 909) Long before they delivered the full blown crunch of The Witch andPsycho, the Sonics were cutting their teeth in Tacoma teen clubs! These crude 1961-64 sides were taped live at dances and at home, showing the heavy influence of their primo idols the Wailers and includes the ultra primitive A-Rab, the group's very first recording - raw!! These tapes were recently found in a Tacoma attic. This is their first appearance ever! Liner notes by Sonics founder/guitarist Larry Parypa!

Pick up all 13 volumes of our Northwest vinyl series!