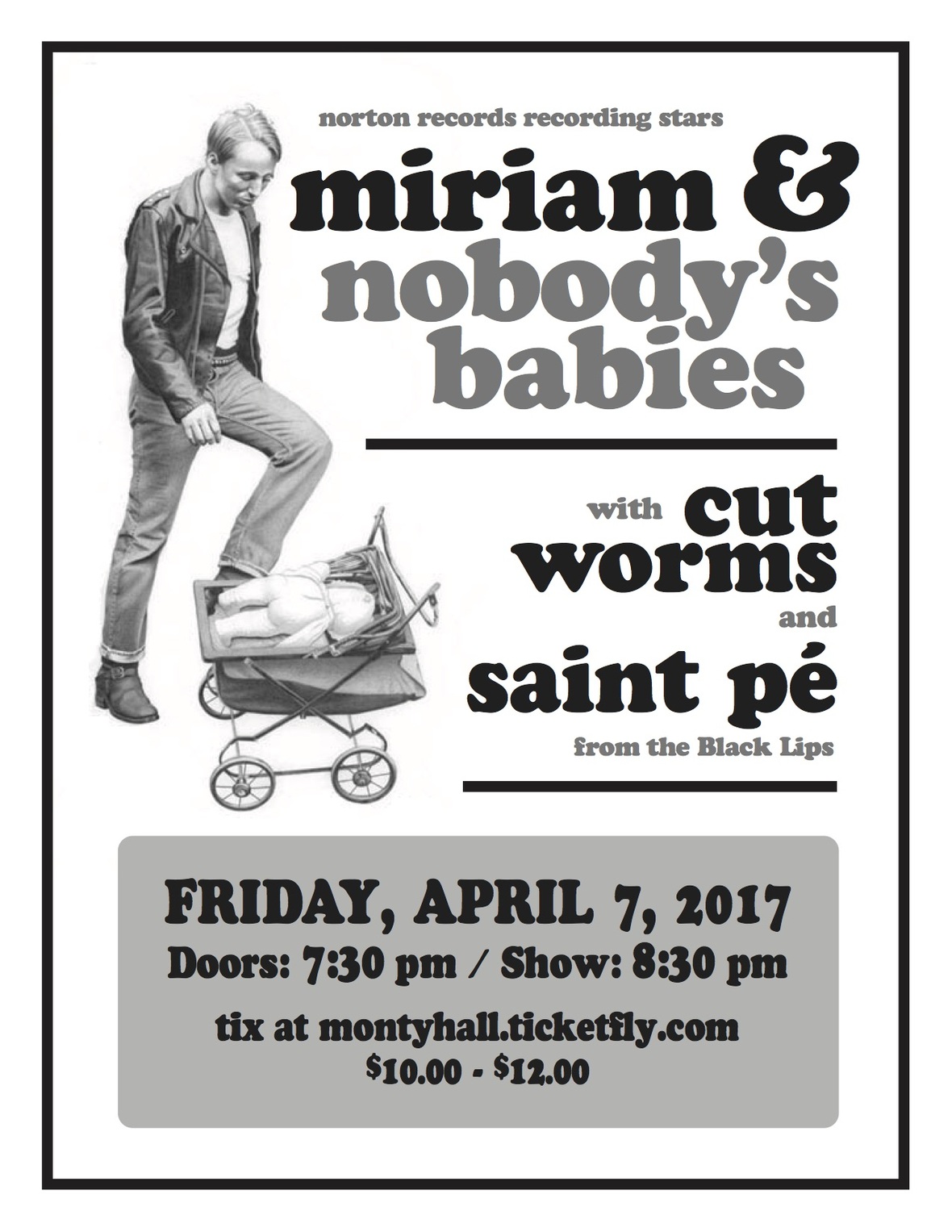 Nobody's Babies are getting their feet wet again with a triple header at luxurious Monty Hall on April 7 with a couple of great bands, Cut Worms (Max Clarke's latest and greatest combo) and Saint Pe (the supurb solo effort of ex-Black Lips' wonderful Ian St. Pe). Without getting too personal, I'd like to thank these combos for being on tap and in similar moods and veins, and everyone who has helped me focus on the positive during these tough months since Billy's passing. Those of you who know the songs we do know how much Billy had to do with all of it. The idea of getting a thug like me to record a Gold Star Studio style production came from the mind of Sam Elwitt, but it was Billy who immediately starting A&R'ing with the most challenging, heartbusting songs. When we began recording, Billy had not been diagnosed with the big stuff yet, but it all came crashing in 'round about the same time. NOBODY'S BABY and DOWN TODAY became soundtracks to our daily life, and I kept telling myself, this isn't about us, or our situation, it's just a bunch of poignant, beautiful songs about heartache, tempered with forgotten songs that we all loved and wanted to hear and do. I'm working on self-brainwashing myself into cutting the proverbial moutard with the real tuffies on April 7th. It's going to take some hardassery to pull off doing these songs for Billy, but with him in heart and mind, I hope it can happen. Thanks again everybody, especially the Babies-- Sam Elwitt, Bruce Bennett, Matt Fiveash, David Lindsay, Ira Kaplan and Justina Davies, and to Toddophonic Todd and the boss jocks at WFMU who made this show happen. All this in advance of the Billy Miller Memorial Celebration on April 29. Stay tuned for a new flash about that event.