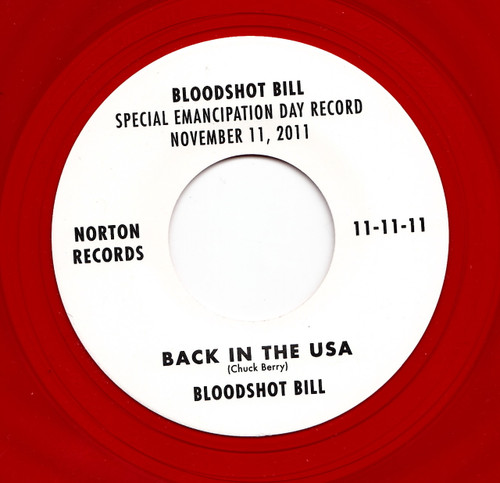 (Norton 11-11-11) Norton artist Bloodshot Bill has been banned from entering the States for the past five years (we told him that running moonshine was not a very good idea and he just wouldn't listen), but now he's back to show you he could really shake 'em down! On 11-11-11, the calamity that is Bloodshot Bill returned to our country, both as a one man band and as a member of the Tandoori Knights! To show that there's no hard feelings between BB and the border officials, Norton Records pressed up 300 one sided red vinyl commemorative singles of Bloodshot Bill performing Chuck Berry's Back In The USA sold only at the Norton 25th Anniversary Show! We have very few remaining copies - unavailable in stores!