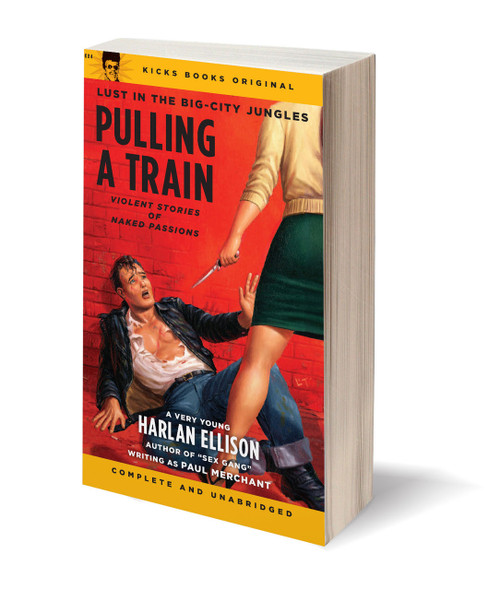 PULLING A TRAIN BY HARLAN ELLISON (KB4) All hail the first hip pocket volume of Ellison short stories culled from the rarest of his titles, SEX GANG, which was issued under the name of Paul Merchant in 1959. The wild set of psychosexual gangland tales, is finally available again, fifty years later, spanning two volumes which collect all of the stories in the 1959 book plus an unhealthy dose of lost fiction from the persistent pen of the grand master of all things tainted, terrible, torrid and terrific. 176 pages