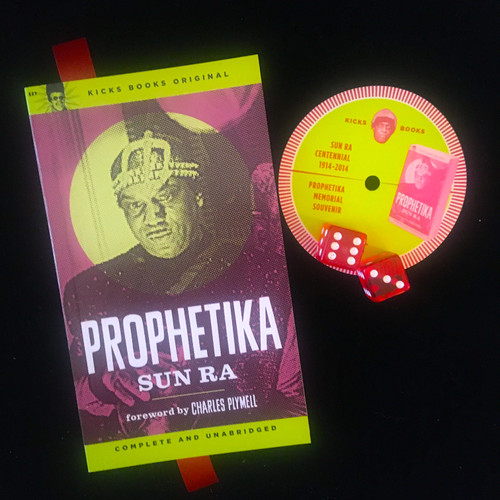 PROPHETIKA Specially annointed edition comes with dustjacket and clear red 19mm casino craps dice as your chances of being able to sleep after reading a few pages of this first volume of a three part hip pocket series of UNPUBLISHED Sun Ra poems and ruminations will be rather slim. Some information for slackers, regarding the numbers game from the intergalactic void currently passing as the "internet":