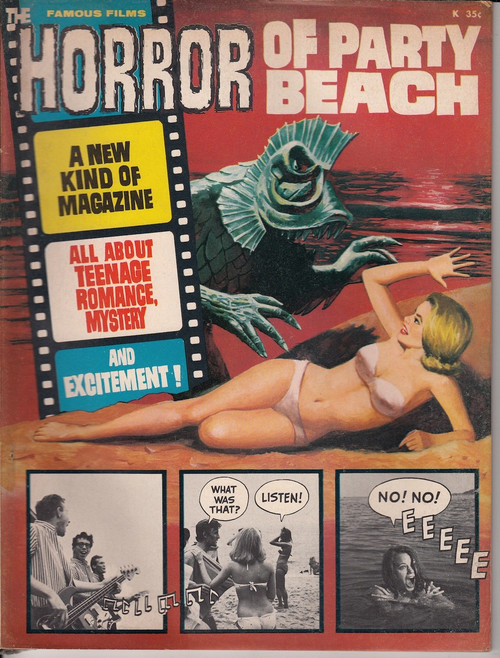 (1964) The classic ultimate monster mag on the ultimate rock n' roll horror bop monster spectacular filmed on te coast of Connecticut! Starring Norton kings the Del_Aires! Zombie Stomp you all! Unread copies, but some shelf wear, negligible, and have the usual pulp browning of the pages, some nicks at the cover corners and stuff, but they are unread copies, and the last of them. Get 'em now! And pick up the Del-Aires album, too!