Bad Seed was founded in 1984. It focused on Juvenile Delinquent paperbacks, true JD crime, JD movies, and the delinquent in popular culture. The idea was to uncover the backstories of JD books- the authors, publishers, etc. and to interest people in the books. Five issues were published 1984-1988 before it evolved into Smut Peddler. It was written, edited, designed and typed by Miriam Linna, whose interest in the genre has never waned. She produced The Bad Seed Paperback Book for Running Press, and worked with the late Adam Parfrey on  Sin-a-Rama for Feral House.  She writes extensively about the JD phenomenon with a focus on the years 1949-1959, the golden age of the juvenile delinquent. 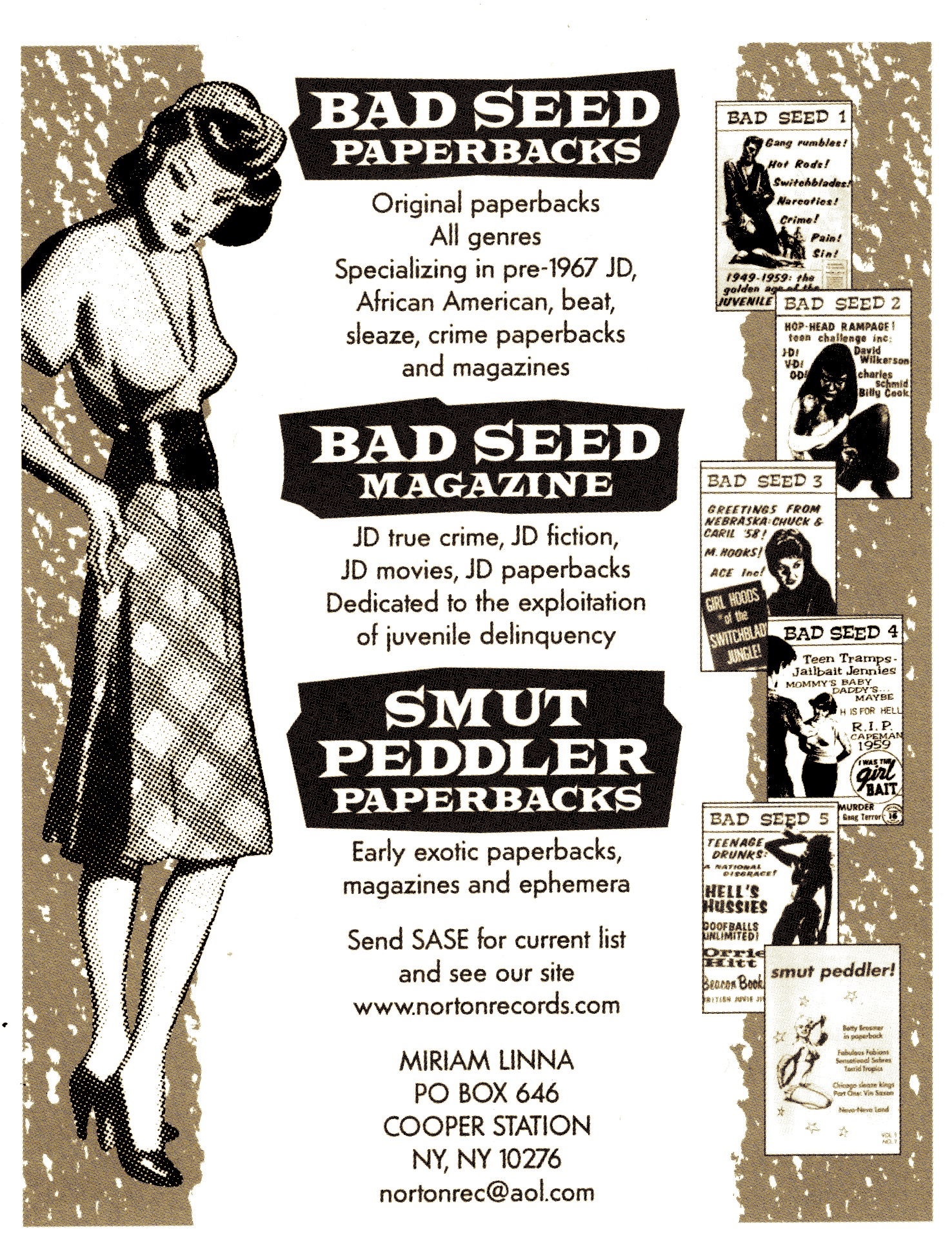