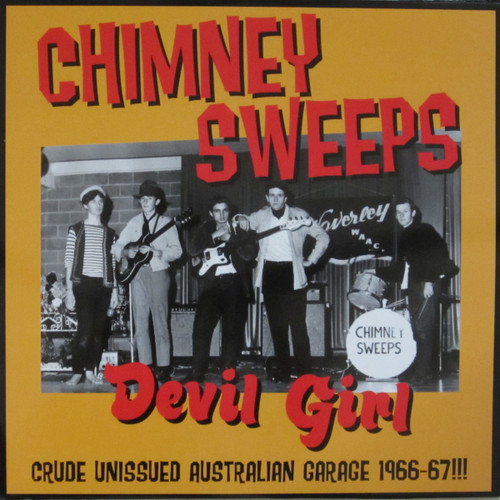 (Norton 311) For the first time on wax, here's a dozen crude, unissued 1966-67 garage recordings by Australia's answer to the Alarm Clocks, the truly remarkable Chimney Sweeps. These guys never boasted a release during their short "career" (they played maybe 15 gigs tops) and were totally unknown even amongst top Australian collectors until recently. The twelve sides include wild originals like Lies, Lies and the demented Cold Fish ("she ain't no gold fish!") plus three cool covers ?ë their dragged-through-a-ditch take on the Rolling Stones' Grown Up Wrong must be heard to be believed! The big crunch is capped by a '66 stab at the title song by the Sweeps' earlier incarnation, the Cobwebs. Features a full band bio, whacked out group photo (the only one!) and a buzzin' dozen garage killers!