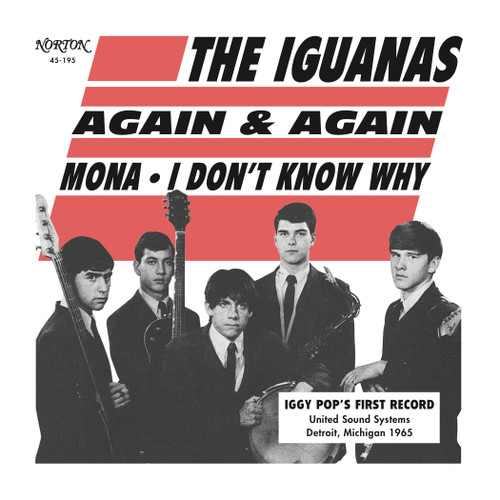 (45-195) Iggy Pop's first recordings with the Iguanas recorded at Detroit's legendary United Sound Systems in 1965! First time 45 appearance of the insane Again and Again which was slated as the flip side to Mona on the second pressing 50 years ago- it never made it to seven incher back then because Iggy left the band to join the Prime Movers! Catch all three on this posh creamy-dreamy Iguana- green slab! Dig all of the Iguanas stellar 1965-66 recordings on Norton 251 THE IGUANAS, now availale on CD and LP! Due Nov 7!